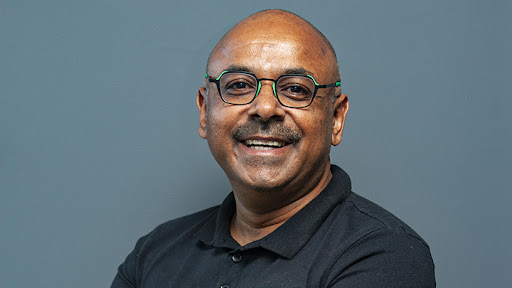 The internet of things (IOT) and data insights start-up is raising R25 million ($1.7 million) in seed funding, of which R7.2 million is the first committed amount, and the balance is being assessed by international venture capital firms.

The R7.2 million funding, CIRT says, will be used to strengthen its business development activities, including pilots, and bolster its application development team.

The three-year-old company has, in recent months, garnered attention for its autonomous checkout solution, Q-Hop.

“For a technology start-up like ours, funding is critical in helping us to keep our product at the cutting-edge and to get to market quickly,” says Ajay Lalu, CEO, CIRT and Q-Hop.

“The fact that we are attracting attention from international venture capitalists is very encouraging for us and for other technology start-ups across the African continent.

“Our Q-Hop solution is gaining converts all over the world because it helps retailers converge the physical and virtual environments to deliver a better consumer experience in both, while driving significant efficiencies and profits in the business itself.

“We are kicking off two pilot projects in the coming weeks, one at the District 6 Spar and one in Saudi Arabia – such projects are very important in demonstrating the business case for Q-Hop in the market.”

For Malik Fal, CEO of E Squared, the CIRT business case presents a viable opportunity. He says his team has been monitoring CIRT’s progress for the past 18 months.

“We have been impressed by the traction CIRT and Q-Hop managed to gain in the local and international markets, and believe it has the potential to be the next African unicorn.

“The team assembled by Q-Hop includes US tech heavyweights from companies like Apple, eBay, Kroger and Meta, which clearly demonstrates their belief in the Q-Hop solution.”

In the past few months, CIRT has been making inroads globally, as its expansion drive took off.

The start-up recently appointed two US tech industry heavyweights to its advisory board, including Rick Orloff, personal data security officer of the late Steve Jobs.

CIRT also launched solutions such as Fridgeloc, Vaccloc and the Temploc cold supply chain monitor solution, which have been recognised globally.

Also, it teamed up with Microsoft in the US to drive these IOT solutions globally to help accelerate digital transformation.

Posted by flume_devAugust 5, 2022
Congratulations to E Squared investee Khula! and founders, Matthew Piper and Karidas Tshintsholo, on your…
Learn More

Posted by flume_devJune 10, 2022
Rita Baptista and Siphelele Ndlovu of the E Squared team ventured out to the 2022…
Learn More

SE's gather to network and workshop

Our Goal is to help create meaningful employment and alleviate poverty.

We are using cookies to give you the best experience on our site. To find out more contact our head office on +27 11 463 8475 or admin@esquared.org.za. By continuing to use our website without changing the settings, you are agreeing to our use of cookies settings.

This Privacy Policy complies with the principles contained in the Protection of Personal Information Act 4 of 2013 (“POPIA”) and other applicable laws from time to time (“collectively the Applicable Laws”).

How We Collect Information

To the extent permissible under Applicable Laws, we collect information about you and any other party whose details you provide us when you:

Laws. With your permission, we may send you emails about our site, new products or services, our company, and other updates.

To the extent permissible under Applicable Laws, we use your information to:

How We Get Your Consent

When you provide us with personal information via one of our online touch points (such as a web form, platform input, lead form, social lead), you consent to our collecting it and using it only for the reason for which you sent us your information.

Where we ask for your personal information for a secondary reason, like marketing or research, we will either ask you directly for your expressed consent, or provide you with an opportunity to say no.

How to Withdraw Your Consent

If you change your mind after you have opted in, you may withdraw your consent for us to contact you, collect more information, use, or disclose your information, at any time, by contacting us at:

We may disclose your personal information if we are required to do so by law or if you violate our general terms and conditions.

From time to time, we procure the services of other companies and individuals to perform certain functions (such as operating the website, analysing data, providing marketing services and/or or IT services) on our behalf. The third- party providers used by us will only collect, use, and disclose your information to the extent necessary to allow them to perform the services they provide us. Further, these third-party service providers will use and process the personal information in accordance with this Privacy Policy and as permitted by the Applicable Laws.

To protect your personal information, we take reasonable precautions and follow industry best practices to make sure it is not inappropriately lost, misused, accessed, disclosed, altered, or destroyed.

We keep your information secure by taking appropriate technical and organisational measures against its unauthorised or unlawful processing and against its accidental loss, destruction, or damage. We do our best to protect your personal information, but we cannot guarantee the security of your information if it is transmitted to our website, applications, or services, or to other websites, applications, and services, via an internet or similar connection.

If you provide us with your personal information, the information is encrypted using secure socket layer technology (SSL). Although no method of transmission over the internet or electronic storage is 100% secure, we follow and implement additional generally accepted industry standards. To the extent that there are reasonable grounds to believe that your personal information has been accessed or acquired by any unauthorised person or there has been a security compromise in our website, we will notify you of such security compromises by placing the notification in a prominent position in our website.

Cookies are small text files that are transferred from our website and stored on your device. We use cookies to provide you with a more personalised service and to help make our website better for you.

Generally your internet browser may accept cookies automatically, but you can change the settings in your browser to stop accepting cookies or delete the cookies manually. Deleting or no longer accepting cookies (where you have been asked to consent) may prevent you from accessing certain aspects of our website where cookies are necessary or the website forgot your preferences.

We reserve the right to modify this privacy policy at any time, so please review it frequently. Changes and clarifications will take effect immediately upon their posting on the website. If we make material changes to this policy, we will notify you here that it has been updated, so that you are aware of what information we collect, how we use it, and under what circumstances, if any, we use and / or disclose it. We encourage you to periodically review our website for the latest information on our privacy practices.

If you would like to access, correct, amend, or delete any personal information we have about you, register a complaint, or simply want more information, contact us at admin@esquared.org.za.

To the extent applicable, you can lodge a complaint to the Information Regulator (as defined in POPIA) by completing the form as prescribed.

Upon receipt of communication from you, we will write to you acknowledging receipt of such communique, investigate your complaint or attend to you query (as the case may be) and thereafter advise you of any amendment, deletion or finding of our investigation and any remedial action (if applicable) we intend taking.

Strictly Necessary Cookie should be enabled at all times so that we can save your preferences for cookie settings.

If you disable this cookie, we will not be able to save your preferences. This means that every time you visit this website you will need to enable or disable cookies again.